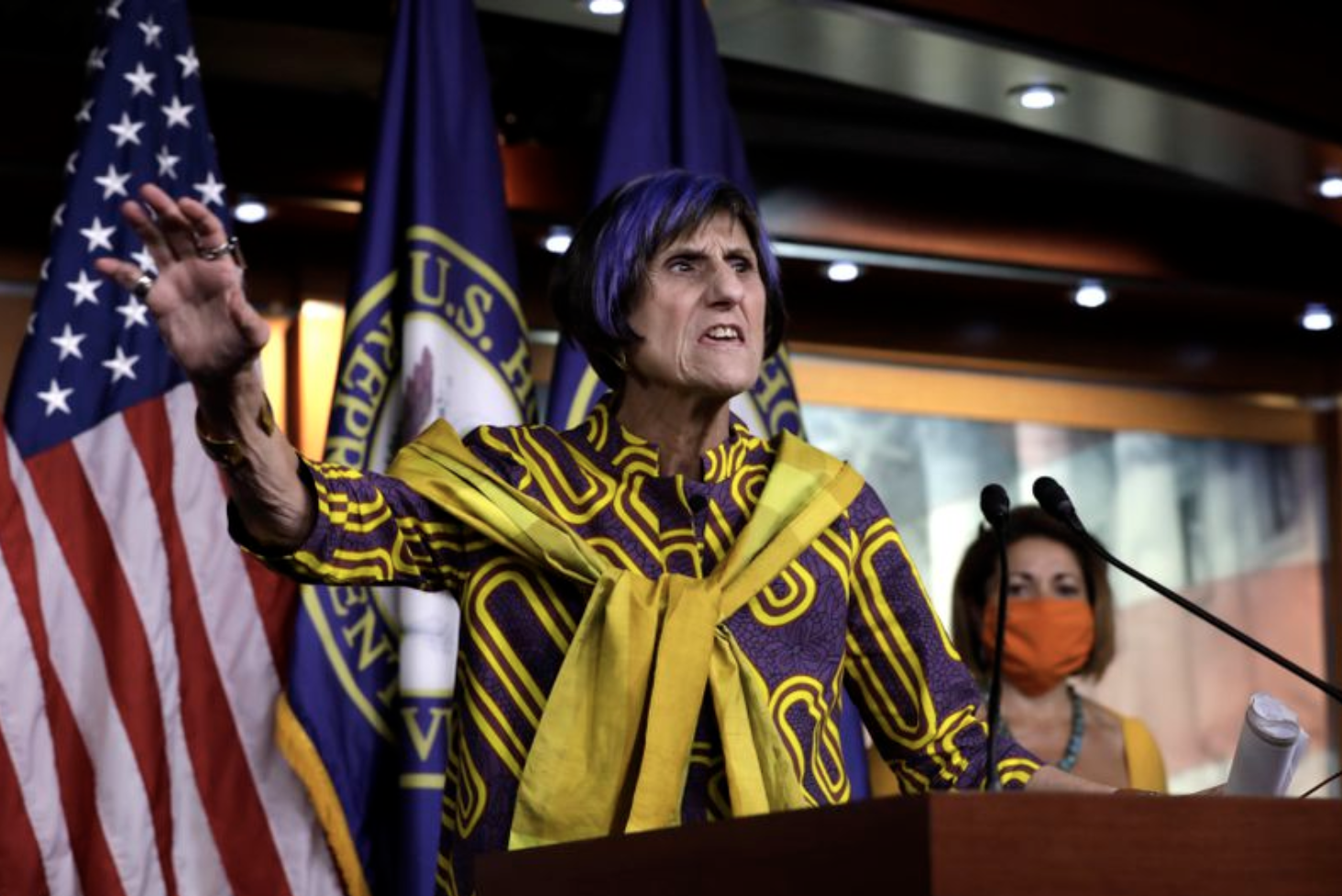 U.S. Rep. Rosa DeLauro, a 15-term Democrat from New Haven and the dean of the Connecticut delegation, was overwhelmingly selected Thursday as the next chair of the powerful House Appropriations Committee, an influential position that gives her enormous control over federal spending.

“We’re in the midst of a crisis,’’ DeLauro said, referring to the public health and economic fallout of the pandemic as well as longstanding racial injustices. “This is a committee that’s at the center of how we respond … it touches every aspect of our lives.”

A close ally of House Speaker Nancy Pelosi, DeLauro is an old-school politician who believes government can be a force to improve people’s lives.

DeLauro, who is 77, has spent her career advocating for liberal causes, such as paid family leave, equal pay for women, early childhood programs, gun control and food security, among others. “My life focus has been helping working people and the vulnerable,’’ she said.

U.S. Rep. Jahana Hayes, D-5th, said DeLauro will continue to champion those initiatives. “I know Congresswoman DeLauro will work on the committee to prioritize federal spending bills that provide adequate funding for health, education, childcare, infrastructure and other investments that stabilize families, improve communities and reflect our values,’’ Hayes said in a statement.

Despite her history of promoting Democratic causes, DeLauro has also earned a reputation for working with Republicans. She said she will continue to pursue that approach, with both the GOP minority in the House and the closely divided Senate, where control of the chamber rests on the outcome of two runoff elections in Georgia.

She described herself as “someone who can work effectively with Republicans as well as helping members address the needs of their constituents.” She will also work closely to help implement the spending agenda of the incoming Biden administration.

DeLauro’s new role marks a historic first for Connecticut, U.S. Rep. John Larson, D-1st, said. “Not since Jonathan Trumbull was elected Speaker of the House has Connecticut held such an important position in the United States Congress,’’ he said. “Rosa is the first member of Connecticut to be Chair of the Appropriations Committee.”

“Congratulations to @rosadelauro on her election as Appropriations Committee Chairwoman in the 117th Congress,’’ Lowey tweeted. “For three decades, Rosa has been my legislative partner and, more importantly, one of my closest friends. @AppropsDems are in good hands with Rosa at the helm.”

The House Appropriations Committee has one of the broadest jurisdictions of any congressional committee, overseeing nearly every aspect of government spending.

Having a member of the state’s delegation leading such a key committee could be a boon for Connecticut, a state that’s dependent on federal defense spending.

“Rep. DeLauro has always been a fighter in Congress on behalf of all the residents of Connecticut,’’ Gov. Ned Lamont said. “I am thrilled to see that her colleagues in Congress saw that same determination and selected her as chair of the House Appropriations Committee. Working families across the country will have a true champion ensuring that their voices are heard over the special interests, and that they have a seat at the table as we all work together with President-elect Biden and his administration to build back better from this pandemic. We are incredibly proud to have Rep. DeLauro representing her constituents and our state in this vitally important role.”

DeLauro said she views her work as chair of the committee as an extension of her job representing the people of Connecticut’s 3rd Congressional District.

In her quest to lead the committee, DeLauro has assembled a broad coalition of key Democratic Party stakeholders, including labor leaders, women’s groups and advocates for children, among others.

On a lighter note, she also campaigned for the position by distributing her late mother’s favorite recipes and candy dispensers produced by the Connecticut-based Pez company to her colleagues.

DeLauro is not the only powerful committee chair from New England: Rep. James McGovern of Worcester leads the House Rules Committee and Rep. Richard Neal of Springfield is chairman of the House Ways and Means Committee.

“To have senior leadership from the region is an extraordinary thing for Connecticut and for [New England] in general,” Larson said in an interview last month.

New Haven Mayor Justin Elicker said DeLauro’s new role is a plus for the city.

“She is an incredible advocate for this community, just like her mother, former Alder, Luisa DeLauro,’’ Elicker said. “It runs in her blood.”