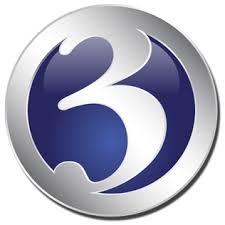 (WFSB) – President Donald Trump has announced sweeping changes for those seeking asylum in the United States.

This comes as immigration and customs enforcement raids are reportedly underway.

Starting on Tuesday, immigrants seeking asylum will have to apply for those protections before they enter the U.S. The Trump Administration says this is meant to ease what they’re calling an overwhelming burden on the U.S. asylum system at the southern border.

On Monday night, protestors in Connecticut are speaking out and demanding families be allowed to stay together.

Protestors gathered in Hartford to say “no” to deportations.

A couple from Bangladesh appeared before a judge, pleading to say in the United States after they overstayed their tourist visa years ago. Their lawyer said they fear what will happen to them it they’re sent back.

This comes as the Trump Administration works to stem the number of people crossing the U.S. – Mexico border.

“We protect other people’s border, but we don’t want to protect our own border and that’s changed so rapidly and so much,” Trump said.

Migrants coming from central America who’ve passed through other countries will now have to seek asylum there before applying in the United States.
Click to find out more about a new promotion
Don’t miss this content from our sponsor
See More

The measure also applies to children who cross the border alone, but the Trump Administration said there will be exceptions for victims of severe forms of human trafficking and those who have sought protection in another country but were denied.

Over the weekend, immigration officials began knocking on doors in cities like New York as part of planed raids to round up migrants who have deportation orders.

Congresswoman Rosa DeLauro spoke out against those raids while touring a Florida detention facility for unaccompanied children who cross into the country.

“The other piece of this, which is the most crucial piece, is how quickly are we moving children to the safe placement of a family member or a sponsor,” DeLauro said.

Activists across the nation are advising undocumented immigrants of their rights. The American Civil Liberties Union has already promised a legal challenge to the asylum change.