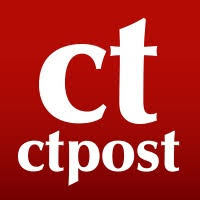 CTPost –
ANSONIA — The talk was happy, the laughter loud and the food tasty, youngsters at Mead School said Wednesday.

But at the podium, the words were much more serious.

There, U.S. Rep. Rosa L. DeLauro, D-3, warned that an executive order could be signed by President Donald Trump which would reduce the number of families eligible for help getting food through the Supplemental Nutrition Assistance Program.

“When you think of summer, you think of children and their joy of playing, swimming, laughing,” DeLauro said. “They should not be … worrying about not having lunch or where their next meal is coming from.”

She said her 3rd District, which includes most of the Valley, Milford, Orange, Stratford, New Haven, North Haven and Middletown, is “the most food insecure in the state.” More than 93,500 of her constituents struggle with hunger, including one in every seven children, DeLauro said.

The Trump administration is mulling a U.S. Department of Agriculture rule change that could eliminate SNAP benefits for some 3 million people, including 500,000 children across the country. That would happen if the proposal to eliminate people from the SNAP program who already receive food assistance from their state takes effect.

The rule change would allow any child whose family is eliminated to buy school lunches at a reduced rate. The order is on hold for a 60-day period in which comments can be filed with the USDA.

“What they could not do in the Farm Bill we passed, they are trying to do in the proposed rule changes,” DeLauro said.

Whatever happens, the effect won’t be felt at lunchtime by Ansonia students during the next few school years.

Before the 2018-19 school year, Ansonia qualified for free breakfast and lunch for all its students through the National School Lunch and School Breakfast programs because of Community Eligibility Provisions which are paid for by the state.

Joe Gonzalez, the school district’s interim food services director, said approval was given that will keep the free food program in place for all students during the 2019-20 and 2020-21 school years.

DeLauro said all studies have shown “children do not thrive if they are hungry.”

“There are plenty of school districts that show behavior is better and tardiness down when students are fed,” Sparks said.

But she warned that SNAP benefits could be jeopardized by small wage increases. As an example, Sparks said that if Trump’s proposed charged are implemented, a single mother with two children whose wages increased from $12.50 to $13 an hour would lose about $161 a month in SNAP benefits, leaving her $75 a month worse off because of the salary hike.

At Mead School, the 50 students enrolled in the extended school year program and 100 students in the summer school program are fed for free during those sessions.

Jane Natoli, the extended school coordinator, said a portion of her program involves the students tending a garden and harvesting lettuce, tomatoes, carrots and later cucumber and squash.

“They’ll be making a salad,” she said. “We already made garlic bread out of garlic we grew.”