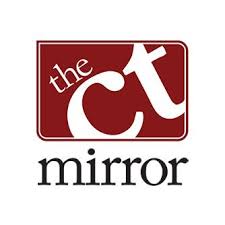 CT MIRROR
Washington – Rep. Rosa DeLauro is taking a group of lawmakers to a South Florida facility that houses migrant children, but she doesn’t know yet if she’ll be able to meet with any of the kids housed there.

“That’s what we’re asking for, but it remains to be seen,” DeLauro said of her request to see the children.

Most of the dozen or so lawmakers who will accompany DeLauro, D-3rd District, to Homestead, Fla. on Monday are Democrats on the House Appropriations subcommittee that has jurisdiction over the budget of the Department of Health and Human Services, the agency responsible for the care of migrant children. No GOP lawmaker has accepted DeLauro’s invitation to join the trip, but a Republican staffer on the committee is part of the group.

The lawmakers’ destination is the Homestead Temporary Shelter for Unaccompanied Children, which holds immigrant youth who have traveled to the United States on their own. Other centers that hold children who have been separated from their parents at the border are also under scrutiny for their treatment of the youth in their care.

The Homestead center has tall chain-link fences, massive white tents and rows of bunk beds. It is the nation’s only unlicensed, for-profit center for immigrant children and is run by Comprehensive Health Services, Inc., a subsidiary of private prison operator Caliburn International, which has been contracted by HHS.

DeLauro said she hopes to hold a July 24 hearing on information culled during her trip to the facility. The Homestead shelter has already attracted visits from several Democratic presidential candidates who were in Miami last month for their party’s presidential debates.

“We want to see the children and talk about the services there,” DeLauro said.

The Trump administration has admitted that children are held for much longer at the Homestead shelter than the 20 days permitted under federal law. Most children don’t know when they will be released, even though many have family members in the United States who want to take them.

“This administration has not followed protocol,” DeLauro said. “Too often, standards of care have been ignored, and children have languished in warehouse-like situations for months without being put into a sponsor’s care.”

She said she is concerned about reports that children have had their medicines confiscated when they arrive at the facility and are not receiving mental health care.

Attorneys with access to the children in the Homestead center say conditions there are dire. They say too many children are crowded into the facility and it’s too large to provide necessary care to children who have suffered violence and persecution in home countries, dangers on their journey to the United States, and poor conditions in federal holding cells prior to their arrival at the Homestead center.

In her role as an appropriator, DeLauro said she will not give HHS “a blank check” to contract with companies like the one that runs Homestead until she is satisfied with the conditions there. Nor will she give HHS the money for unlimited detention beds for migrant children, DeLauro said.

She said lawmakers need to ensure “essential protections” are granted to immigrant children in federal custody, including access to education, legal services and recreational activities, particularly in light of the $4.6 billion Congress has recently provided the Trump administration through the border aid bill enacted last month.

The Democratic lawmakers will arrive at the migrant detention center the day after the Trump administration is expected to begin a round-up thousands of undocumented immigrants from cities across the nation. The raids will be conducted by Immigration and Customs Enforcement over multiple days.
Different approaches to the migrant crisis

A House hearing this week focused on the poor conditions at centers that hold children who came to the United States with their parents but were separated from their mothers and fathers at the border.

On Wednesday, the House Oversight Committee heard testimony from Yazmin Juárez, an asylum seeker from Guatemala whose daughter Mariee died after being held in an ICE detention center.

“I noticed immediately how many sick children there were in detention, that no effort was being made to separate the sick from the healthy,” Juarez told the committee.

On Thursday, Senate Minority Leader Chuck Schumer, D-N.Y., and other Senate Democrats introduced the Stop Cruelty to Migrant Children Act, a proposal to provide standards of care for treatment of children and families in detention.

Besides mandating an end to child separations, the bill aims to increase health and safety protections for detained kids, including getting them swift medical attention. It will also require that Congress receive monthly reports on the number of children in custody.

Republicans are taking another approach to the migrant crisis.

Senate Judiciary Chairman Lindsey Graham, R-S.C., has introduced a bill backed by President Donald Trump that would bar Central Americans from seeking asylum at the border. Instead, they would have to apply in Mexico or at consulates in their home countries.

Graham’s plan would also add 500 immigration judges and increase detention time for undocumented families to a maximum 100 days from the current limit of 20 days.